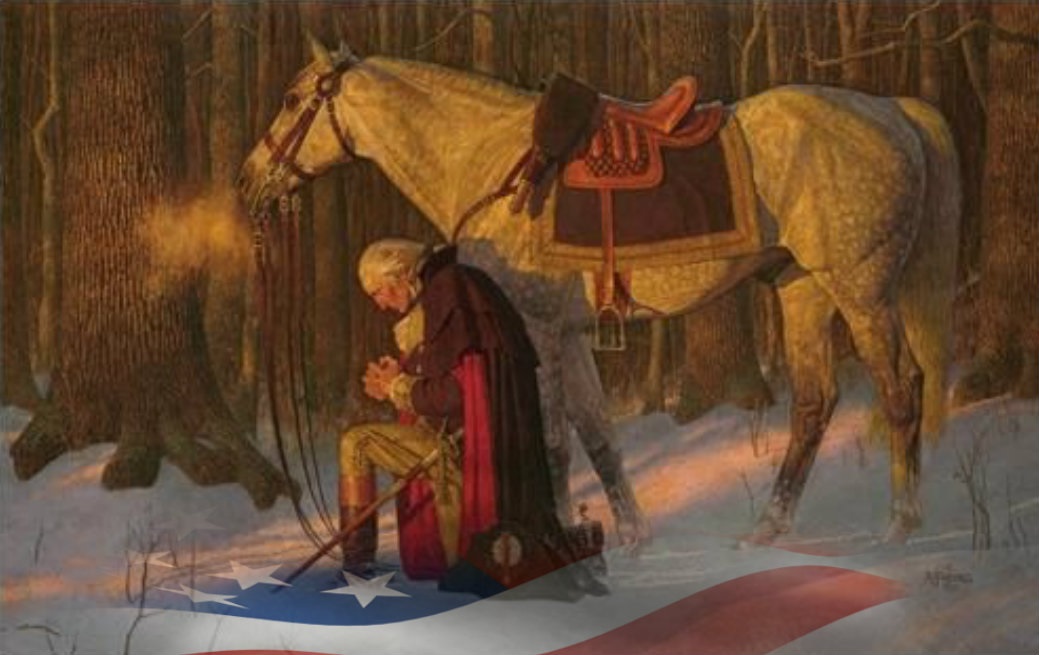 The painting above is the "Prayer at Valley Forge" by Arnold Friberg, painted in 1976 in honor of the country's bi-centennial.

It's a bitter cold day in the dead of winter 1777-78. The Continental Army had set up winter camp in a harshly criticized location. General Washington insisted on it because it could be easily defended.

Weary from marching, hungry and wearing only tatters of clothing, the soldiers settled in and tried to stay warm and alive. They had next to nothing to eat, and only a cause to help them endure. While there, over 2,500 men died. It's said that even General Washington feared that the army would disband if something miraculous didn't happen.

On that cold day, General George Washington took a short leave from his men and went out into the forested area near the camp. There, this giant of a man got off his horse, knelt in the snow, and cried out to his Heavenly Father to help them. This example of humility has always been inspiring.

Help was indeed given, through the gift of a quartermaster and a drill sergeant. The Continental Army emerged from Valley Forge in June of 1778 a force to be reckoned with, defeating the British at Monmouth and then at Yorktown, leading the way to independence and freedom.

We love what these men did. We admire the man George Washington for his humility and inspired leadership.

On this Independence Day, may we never forget those who went before that we might have the life we live today